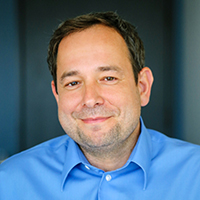 Prof. Potamianos has authored or co-authored over 150 papers in professional journals and conferences. He is the co-author of the paper “Creating conversational interfaces for children” that received a 2005 IEEE Signal Processing Society Best Paper Award; the co-editor of the book “Multimodal Processing and Interaction: Audio, Video, Text”. He holds four patents. He is a fellow of the IEEE.