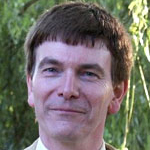 Dr. Jerome R. Bellegarda is Apple Distinguished Scientist in Human Language Technologies at Apple Inc., Cupertino, California, which he joined in 1994. Prior to that, he was a Research Staff Member at the IBM T.J. Watson Center, Yorktown Heights, New York. Among his diverse contributions to speech and language research over the years, he pioneered the use of tied mixtures in acoustic modeling and latent semantics in language modeling. His general interests span statistical modeling algorithms, natural man-machine communications, multiple input/output modalities, and multimedia knowledge management. In these areas he has written close to 200 publications, and holds approximately 100 U.S. and foreign patents. He has served on many international scientific committees, review panels, and advisory boards. He is a Fellow of both IEEE (Institute of Electrical and Electronics Engineers) and ISCA (International Speech Communication Association).