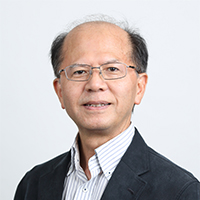 Masami Akamine is a Senior Fellow at Toshiba Research and Development Center. He received his Ph.D. from Tohoku University in 1985. Since 1985 he has worked for Toshiba’s R&D on speech coding, speech synthesis, speech recognition, spoken dialogue and their applications, as well as being responsible for coordinating research programs among research groups in Japan, UK and China. He has published more than 60 papers in journals and conferences, and has more than 100 granted patents. He has received prestigious awards such as the Purple Ribbon Medal from the Emperor of Japan in 2013, Achievement award in 2012 and Society best paper award in 2003 from IEICE Japan, and many others. He is a senior member of IEEE and a member of SLTC.