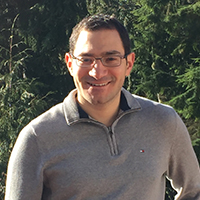 Abdel-rahman Mohamed is a principal scientist in Amazon Alexa ML team. His interests include Deep Learning and Spoken Language Understanding. Before joining Amazon, he worked and collaborated closely with researchers at Microsoft research and IBM research. In 2009, with researchers in The University of Toronto, he initiated the comeback of Neural Networks for acoustic modelling, and since then he worked on developing many Neural Network models for pushing the SLU accuracy even further. His work from 2014 on using Convolutional Neural Networks for acoustic modeling received the 2016 IEEE Signal Processing Society best paper award.