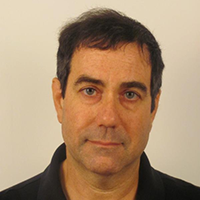 Richard Sproat received his Ph.D. in Linguistics from the Massachusetts Institute of Technology in 1985. He has worked at AT&T Bell Labs, at Lucent’s Bell Labs and at AT&T Labs — Research, before joining the faculty of the University of Illinois. From there he moved to the Center for Spoken Language Understanding at the Oregon Health & Science University. In the Fall of 2012 he moved to Google, New York as a Research Scientist.

Sproat has worked in numerous areas relating to language and computational linguistics, including syntax, morphology, computational morphology, articulatory and acoustic phonetics, text processing, text-to-speech synthesis, and text-to-scene conversion. Some of his recent work includes multilingual named entity transliteration, the effects of script layout on readers’ phonological awareness, and tools for automated assessment of child language. At Google he works on multilingual text normalization, most recently using neural methods. He also has a long-standing interest in writing systems and symbol systems more generally.